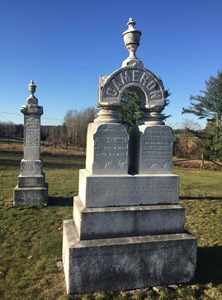 The White Lake Community Cemetery sits on a lovely site on a height of land on McLachlan Road in McNab/Braeside Township. While wandering around the oldest section one day, I discovered a large white gravestone that features an impressive arch bearing the Cameron name. It seems to reach up to the sky, in a gesture linking John Cameron to his wife Catherine McNab for eternity.

The gravestone records the lives of other members of this Cameron family including their “six infant children”, a sad reminder that infant mortality was still high in early twentieth century. There were several more old stones bearing the Cameron name nearby such as Angus Cameron (1791-1873) and his wife Catherine Gillespie (1802-1879). I wondered if Angus and Catherine were John‘s parents.  As I drove out of the cemetery, saying goodbye to the friendly horses in the adjacent field, I decided to find out more about the Camerons.

Several historical sources (including the White Lake Women’s Institute records) mention that the Camerons arrived in McNab Township from Islay in the 1830’s. It is likely that the Laird of McNab spoke Gaelic to them about "his" township when he met them in Montreal. They agreed to locate under conditions of settlement for three years. Other families who arrived with the Camerons from the “Campbell country” of Scotland were the McNab's, the McKays and the McNevins. They were joining 16 other Scottish families who had arrived in the Township under McNab's scheme several years earlier.

Unlike the rocky, windswept soil of Islay, the Camerons would have found the land near White Lake full of pine, spruce and good hardwood. They used the hardwood to produce potash which was a cash crop for early settlers.

In Peter Hessel’s book, McNab – The Township, there are only two references to the Cameron name; one being “Cameron’s Pad – a path used by the Fourth Line Camerons for drawing milk to the Cheese Factory in Burnstown” and “Cameron’s Creek – below Braeside”.

Delving into the early Census records for McNab Township, I soon discovered that there were multiple Cameron families located along the fourth line (now McLachlan Road) but I still did not know how they were related. Trying to sort out the various lines was a huge challenge so I decided to focus my research primarily on John and Catherine.

When I looked at the Ontario Land Records Index, I found that John, Alex, Angus, Archibald and Flora Cameron (nee Gillespie) received Free Grants for various lots in Concessions 3, 4, and 5 in 1834. 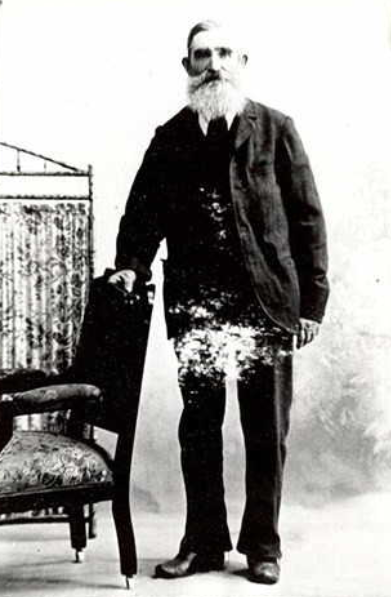 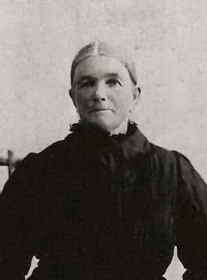 John and Katie Cameron farmed 200 acres on Lot 15 Concession 4 which they purchased in 1855. There, they raised their family of Duncan, John Jr., Mary, Lachlan James, Annie and William.  John Cameron’s obituary mentions that he “lived in Cameron Settlement at White Lake” – an acknowledgement of the growing number of Cameron cousins clustered in one area of the Township.  John was a widower at the time of his death, living with his son Lachlan and his wife Jessie (later Jessie Gordon). Lachlan inherited the property and the log house which still stands. In 2015, Kevin Rosien purchased the property from Jack and Gail Cameron which had remained in the family for over 150 years. 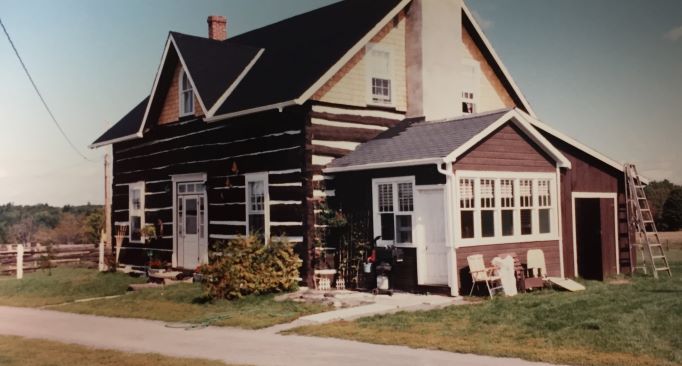 The John Cameron homestead. For more stories about this property visit our 150 Years of Living Off The Land exhibit.

From their log home, the Cameron children trekked about 3 miles to the village of White Lake to attend school along with their neighbours, the McKays, McLachlans, and the Cunninghams.  In 1889, a new school, known as "the White School", was built between Robertson’s Corners and Waba Creek which extended their walk a little further. The students were free to run and play in the woods behind the school at lunchtime. They would dip their feet in the creek which flowed behind the school and eat their lunch under the trees. Several generations of Cameron’s, all descending from Angus and Catherine (Gillespie) Cameron, attended this school over the years until it closed in 1967. 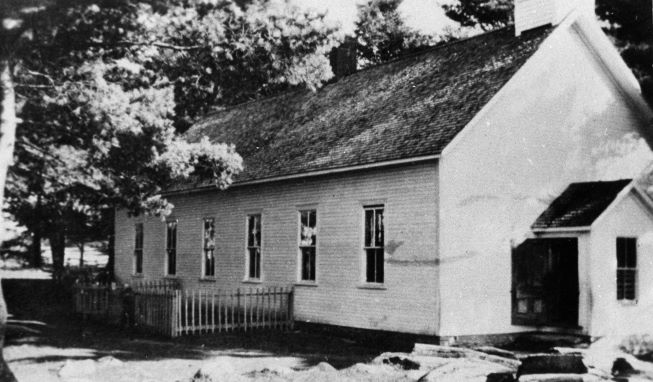 For more information about this school visit our landmark map.

Besides education, religion was a very important aspect of life for pioneer families. I found that the John Cameron family was recorded in the 1851 Census as “Free Church Presbyterians”, along with most of the Scottish families near White Lake. However, John Cameron and Catherine McNab were married by a Baptist minister from Carleton Place in 1846.  By 1881, they were part of a growing Baptist congregation at White Lake which worshipped in a new church that had been built one year earlier. 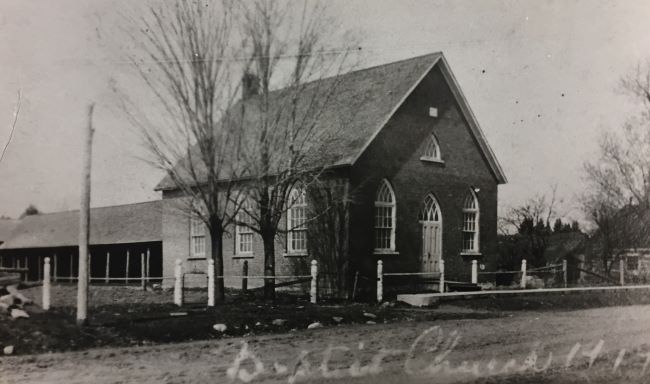 The Baptist Church, parsonage and sheds were located at the southeast corner of Bellamy Rd. and the Arnprior-White Lake Rd. (1880-1924). Photo from Wabalak manuscript by R. Ellis 1994-0021.

For more information about the church visit our landmark map.

If anyone has a printed Cameron family history which they would be willing to donate to the Archives, it would be very helpful to other researchers.  Thank you to Terry Cunningham for providing information about the White Lake School. What started out as a walk through the White Lake Community Cemetery developed into an interesting journey which I hope you have enjoyed.