The concept of century farms first came about during Canada's centennial year of 1967. A farm that has been in the same family for 100 years or more is a century farm. The Junior Farmers' Association of Ontario was responsible for designations in our area. Designated century farms received a special sign to mark this particular achievement. Now, as Canada celebrates 150 years of confederation, there are new century farms and some farms that have remained in the same family for over 150 years. Two of these farms that are older than Confederation are featured here.

The Wallace family farm has been in their possession since 1863 making it 154 years old. This farm is located on the West Half of Lot 4 Concession 11 (located at the bridge at the Madawaska River head pond). They lost 30 acres to flooding when the Arnprior Dam was built in 1974. This caused much disruption to their fence lines. Current owners Robert and John Wallace are the fifth generation to work this century farm. Click here to view an abstract from the Renfrew County land records.

The Young family farm known as "River Heights Farm" is located on Lots 5 and 6 of Concession 10 in McNab Braeside in the area known as Clay Bank. This century farm has been in the possession of the Young family for 152 years. Since its purchase in 1865, it has been a working farm. It served as a silver fox farm for approximately 15 years starting in 1925; selling 25 to 30 pelts in the winter. The farm is operated by Blair Young, who currently deals in cattle. Click here to view an abstract from the Renfrew County land records

The following list of century farms in the Township of McNab/Braeside was compiled from Renfrew County land records at the Arnprior & McNab/Braeside Archives: 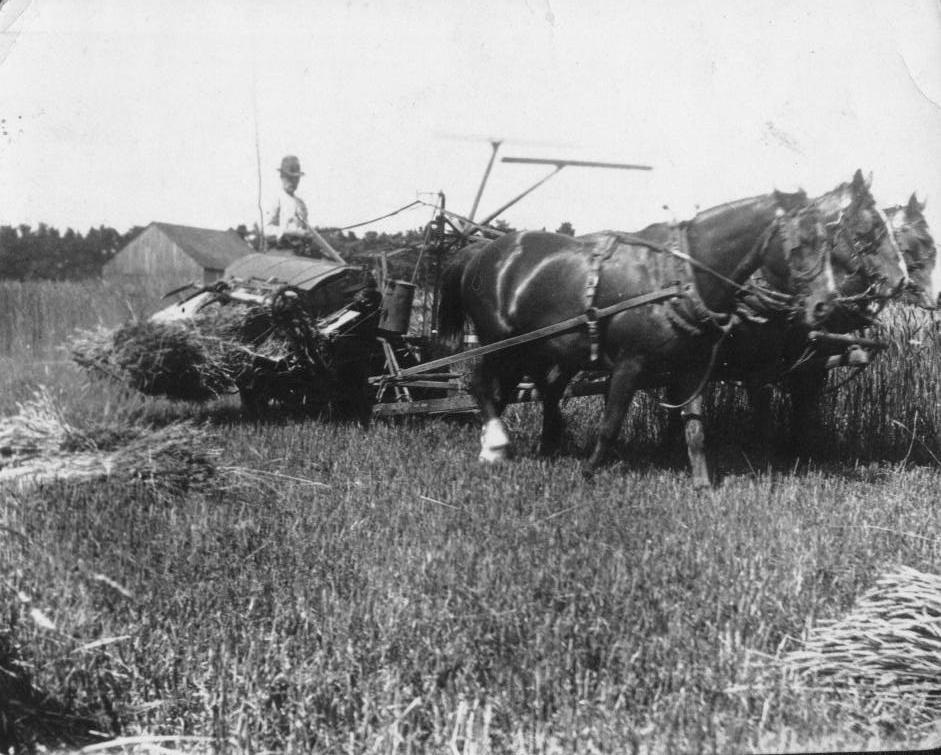 Charles Wallace with a three-horse team pulling a grain binder in 1927. This photograph shows the sheaf carrier and pail that carried the binder twine. "Reels" which swept down to catch the cut grain and push it onto the table are seen up in the air. The grain was transported over two canvas belts to a "packer" which formed a bundle called a "sheaf". A "knotter" tied the sheaf with the binder twine. The sheaf was then kicked out to the ground or onto a "sheaf carrier".  A man then picked up the sheaves, stood them on the butt end and formed a tee-pee with the sheaves which was called a "stook". (As described by Arnold McIntyre Aug 2017) 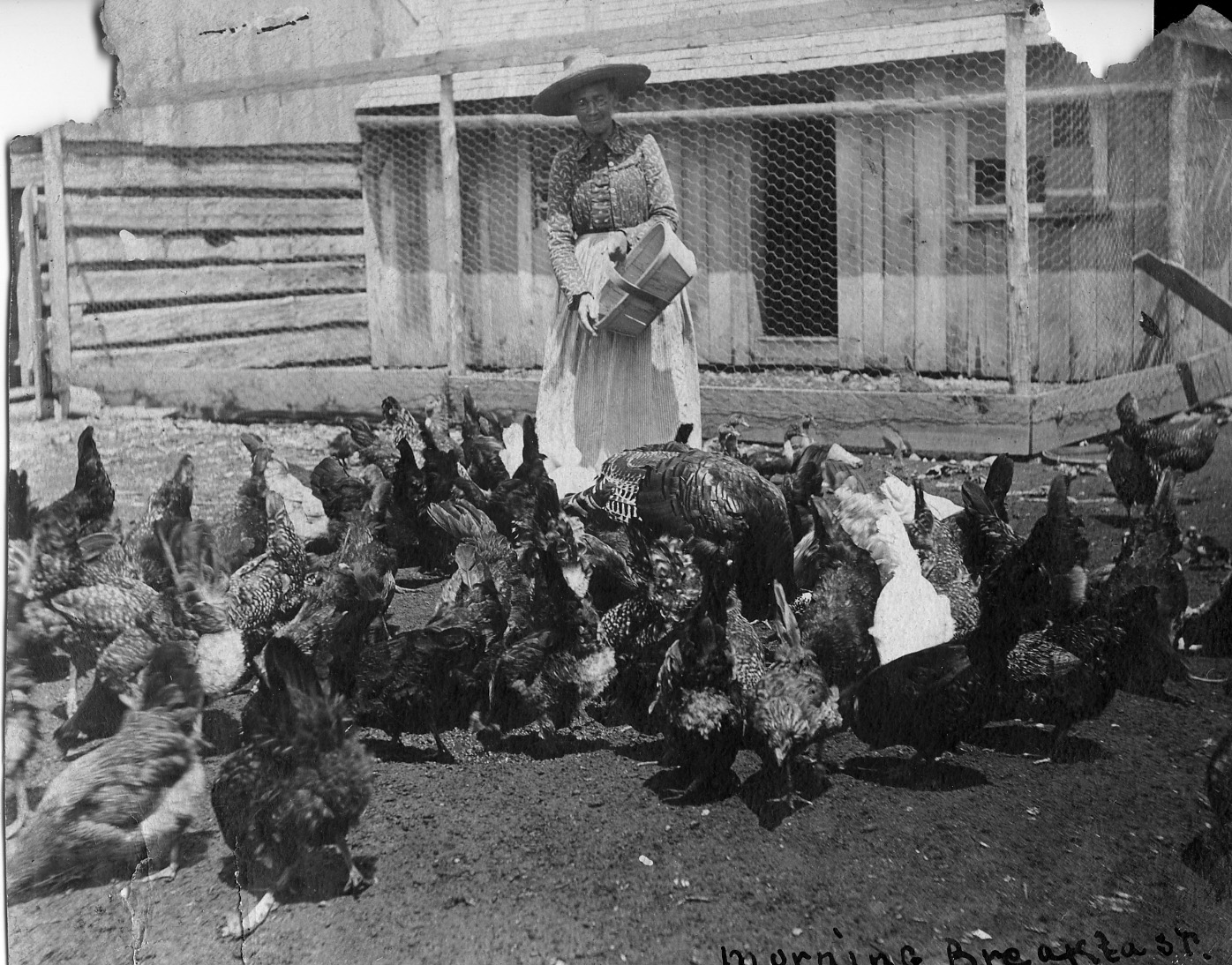 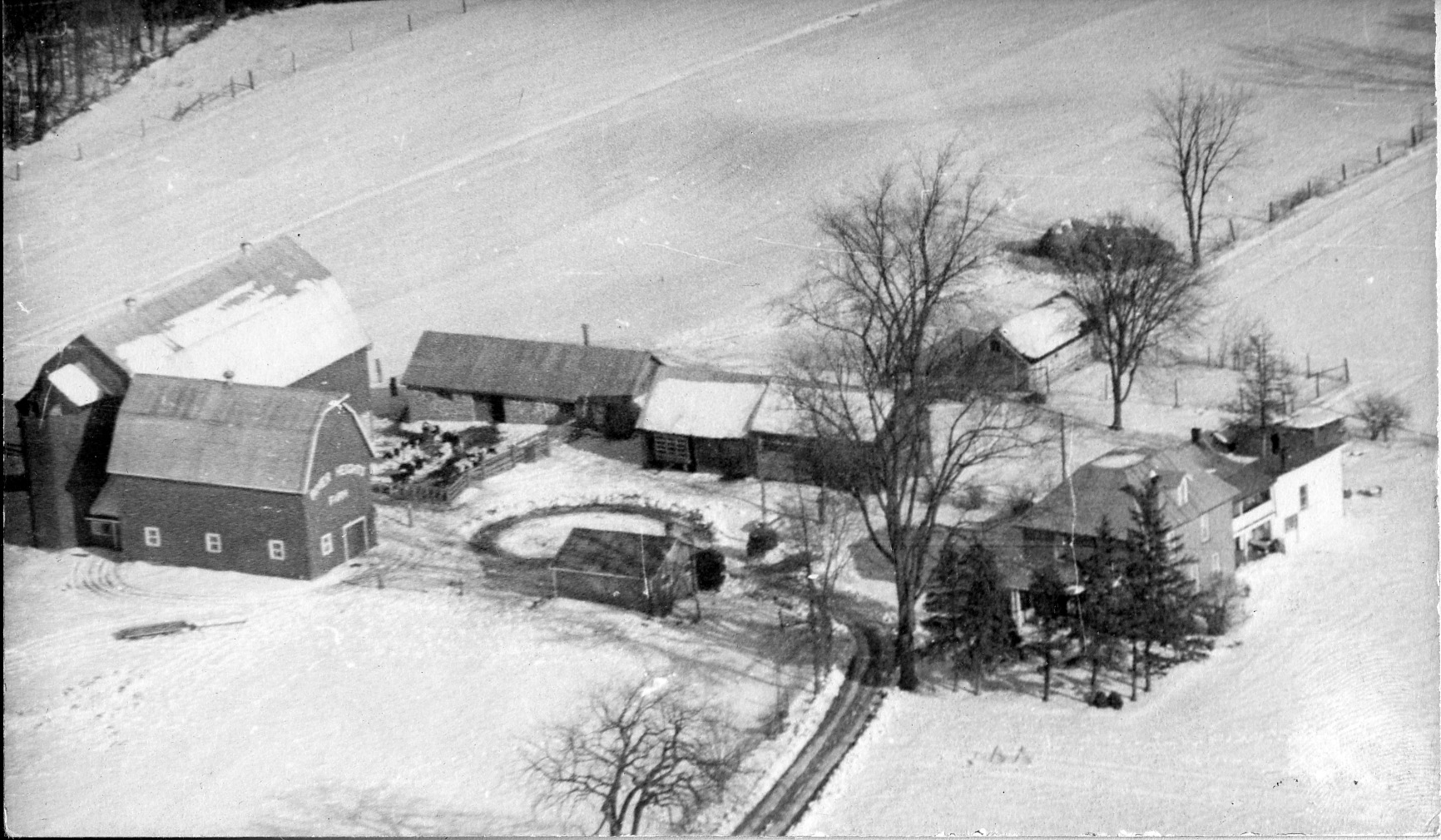 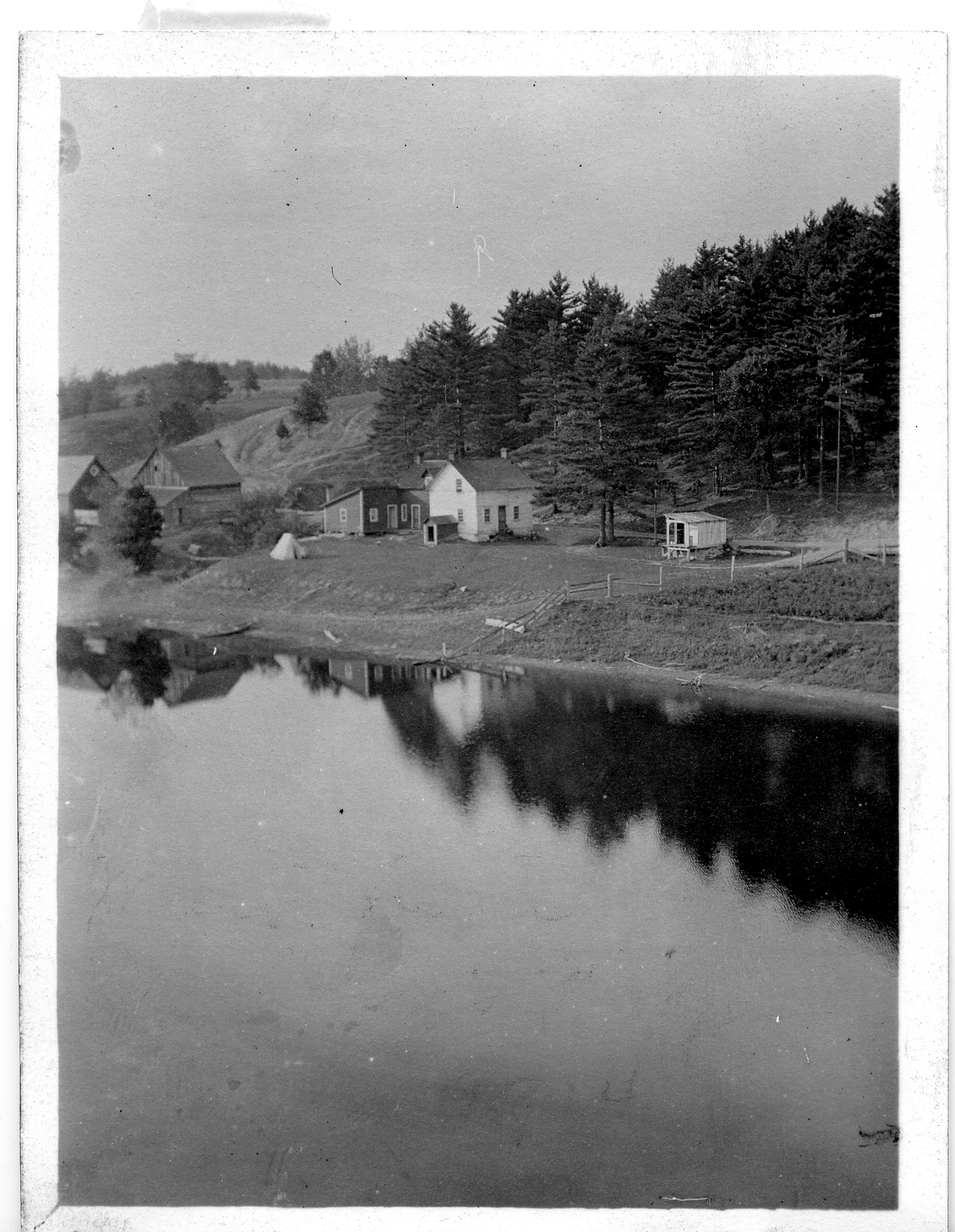 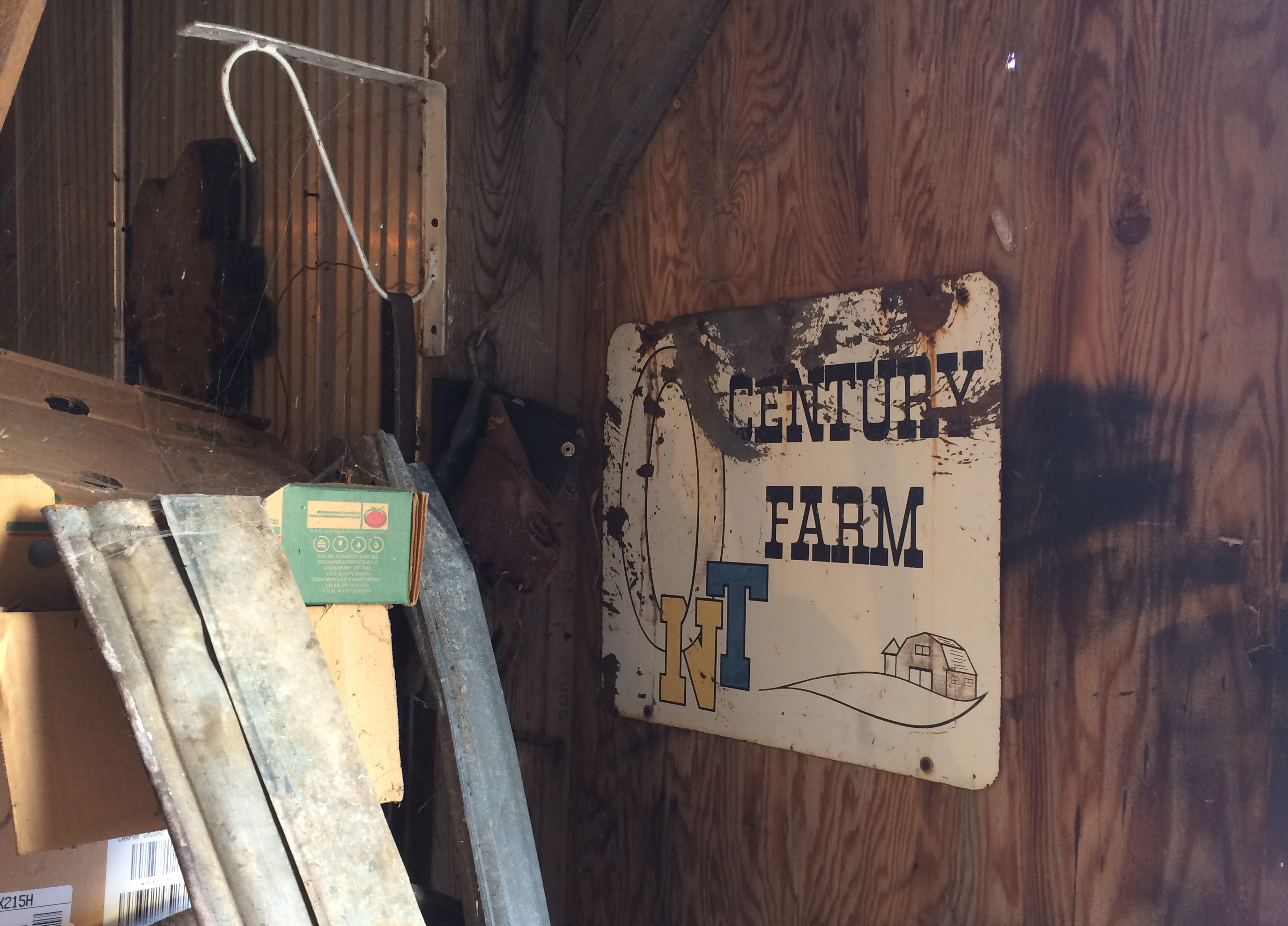 For information about obtaining a Century Farm sign for your property see the Ontario Century Farm Sign Project at www.jfao.on.ca