At present, there are no commercial cheesemakers in the Township. While Lanark County has the  "Back Forty" cheese shop which produces artisanal cheese from sheep's milk, this once important industry has yet to re-emerge in McNab/Braeside.  At one time, the communities of Waba, Glasgow Station and Pine Grove had thriving cheese factories. Burnstown also had a cheese factory located across from the United Church near the present day Neat Café.

The Waba Cheese Factory was located immediately across the bridge heading towards Pakenham in Waba. It was built in 1884 by Jim Cox who used Stewart Brothers of Waba as his sales representative as well as using the by products from their mill to power the factory. It was a cheese factory that ran as a co-op meaning that farmers got a portion of the profit in line with the amount of milk they provided for the making of the cheese. In 1931 the factory was torn down. Business records of this enterprise are contained in the Stewart Famco fonds 1999-0107 held at the Arnprior & McNab/Braeside Archives.

In 1901, the original Glasgow Cheese Factory that was built in 1894 was moved by its owners, Croft and Denny, from the 8th line to the 6th line. In response, the farmers of Glasgow and the surrounding area got together and subscribed shares in the new factory which was built at the crossroads of the 8th line and the Sandpoint-Burnstown road (presently Highway 17 and McLean Drive). Unfortunately, the First World War caused the price of cheese to drop and the price of the tools needed to make cheese increase. Many farmers switched to producing cream and butter instead of cheese. In 1927 the Glasgow Cheese Factory was sold to Jim Cox who dismantled it and moved to Almonte. 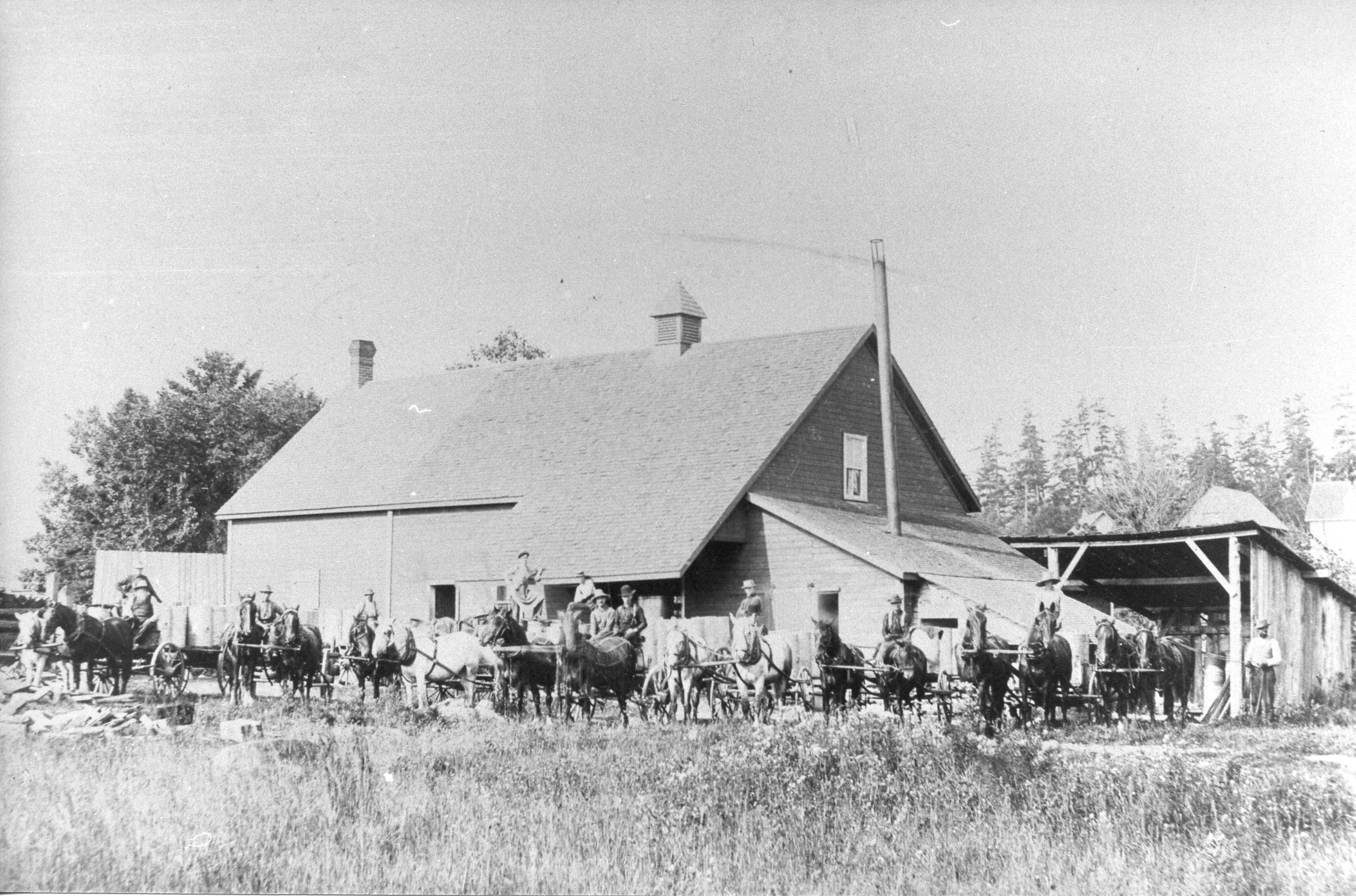 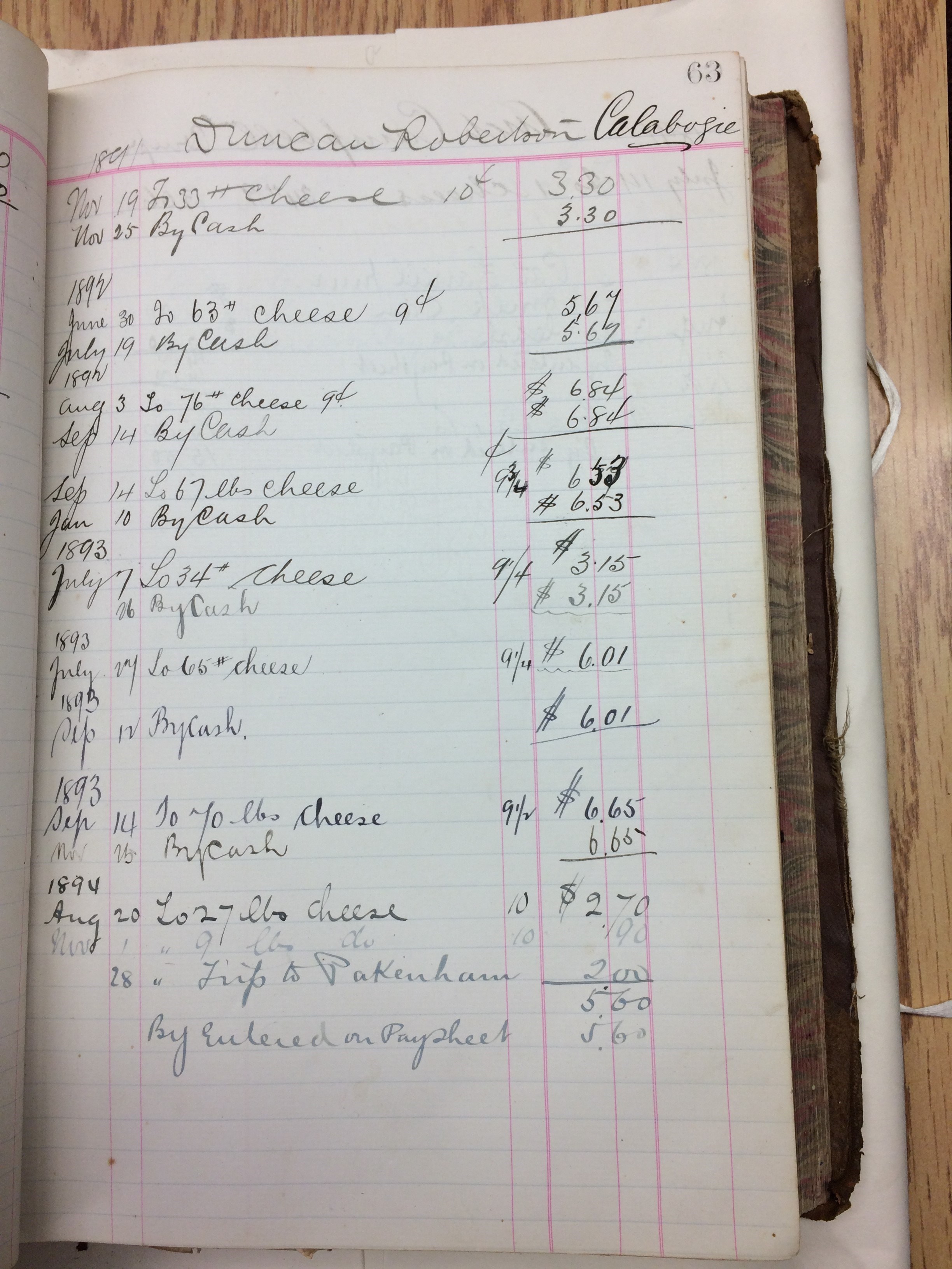 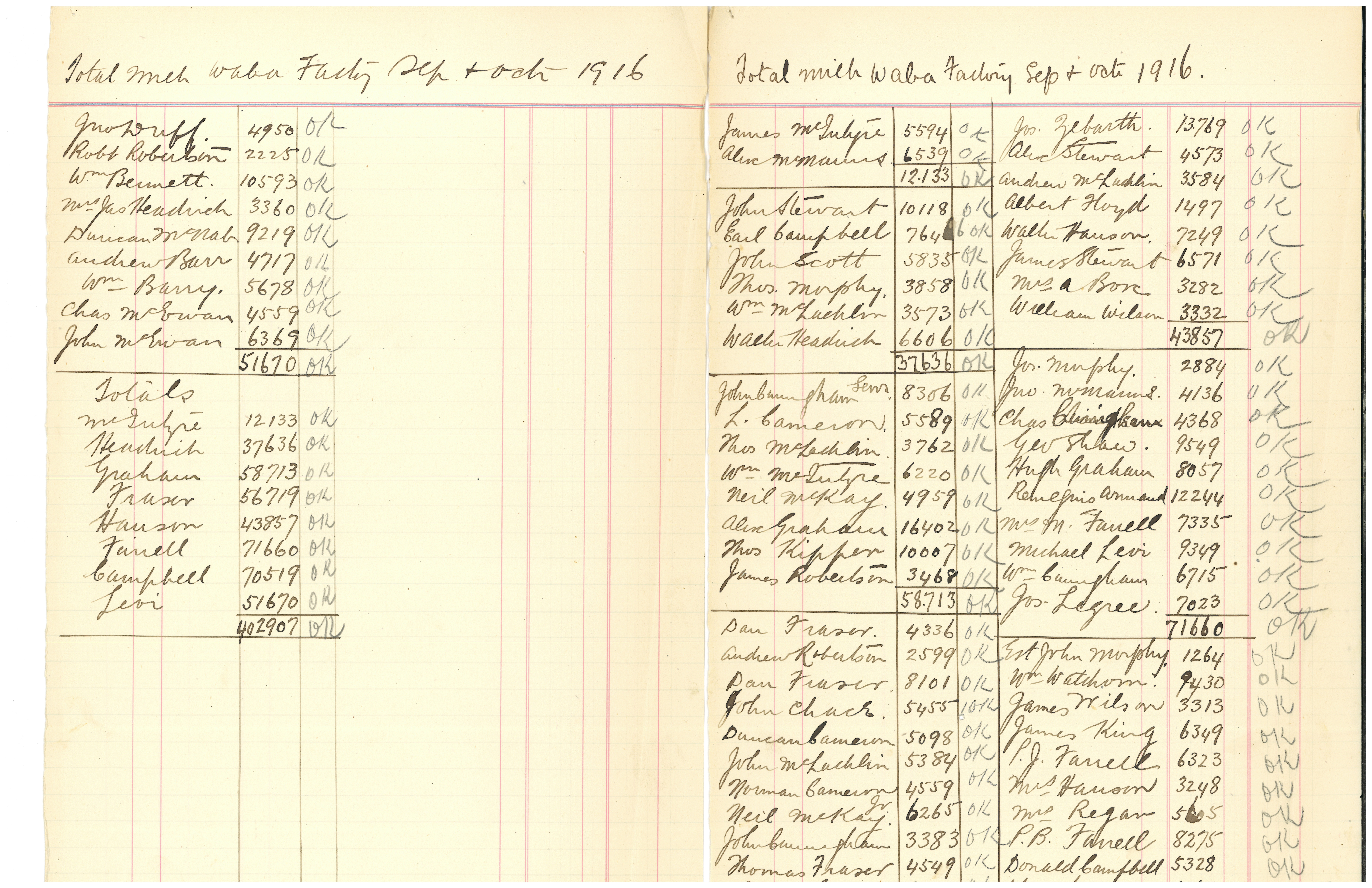 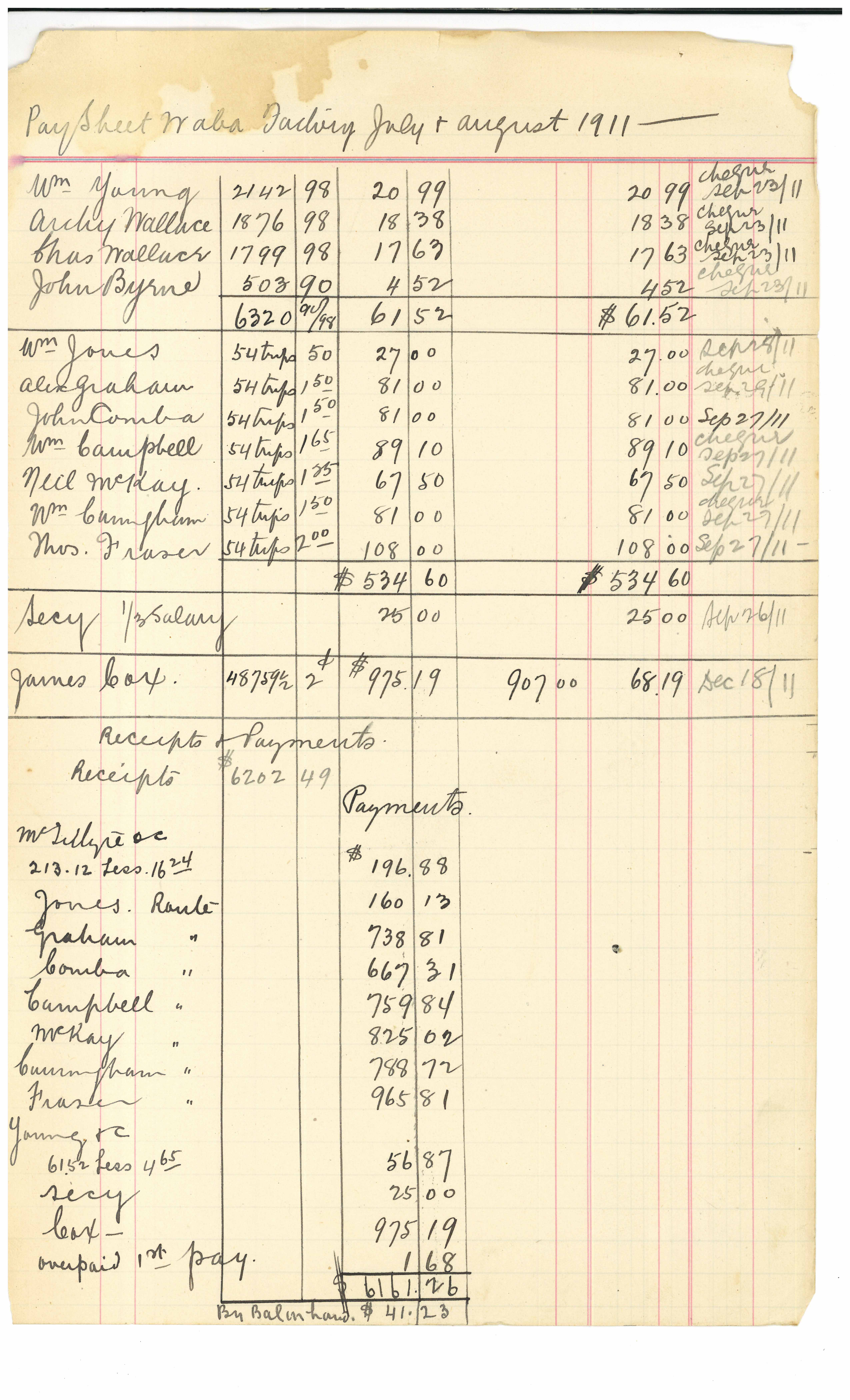 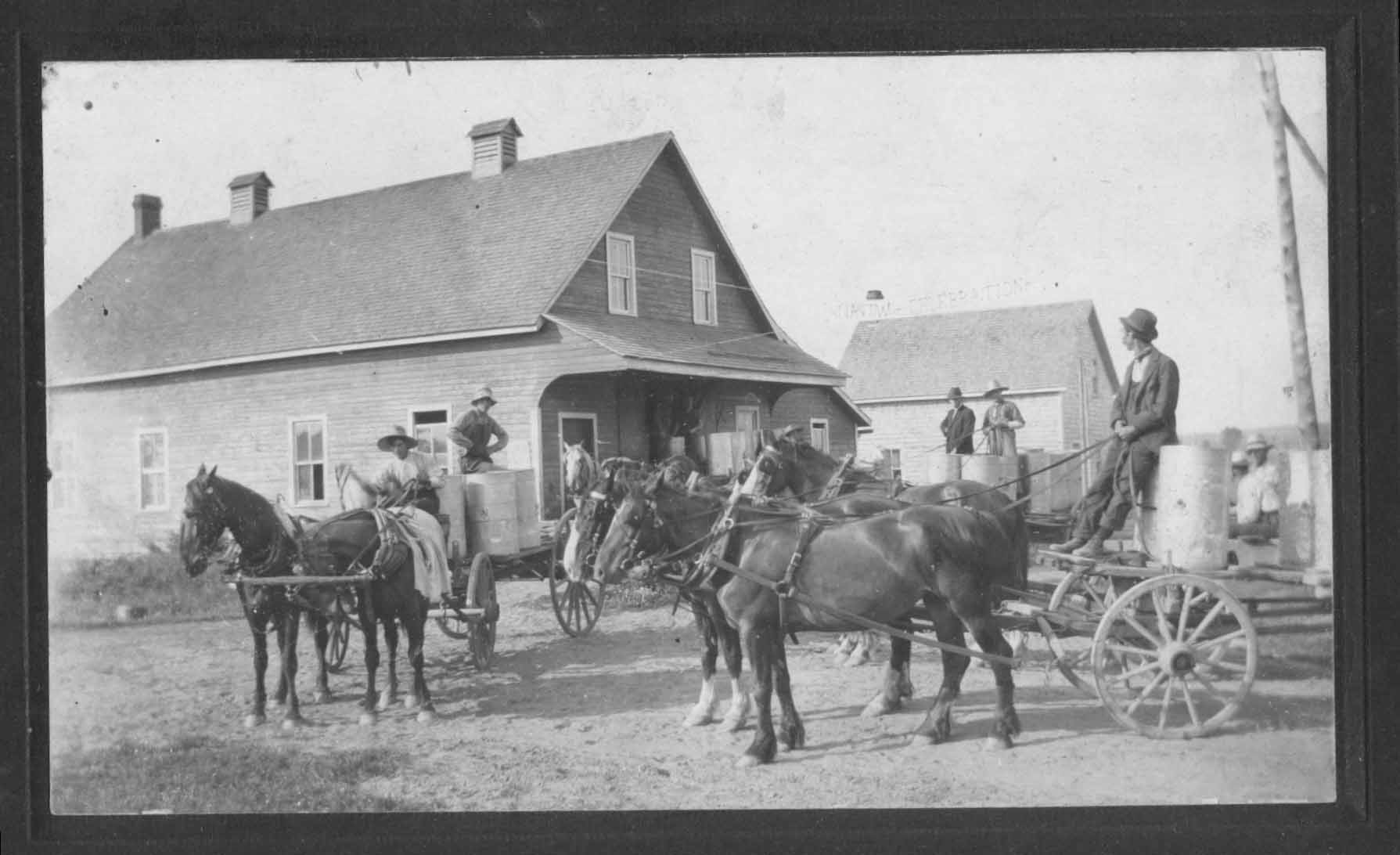 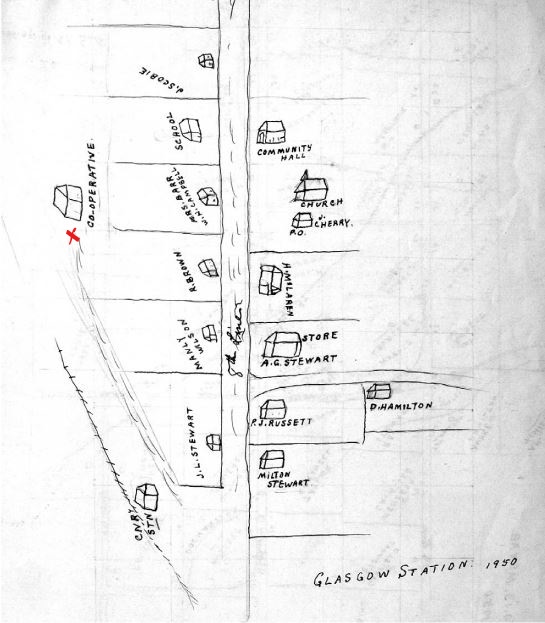 Location of the Glasgow Station Cheese Factory circa 1950 marked on map as Co-operative (marked with red x). 8th Line is Milton Stewart Avenue.