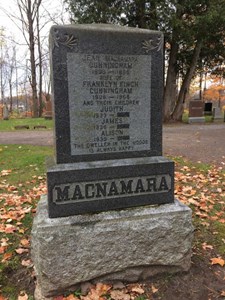 Welcome to the first post in a new series called “Graveside Stories”. I am often intrigued by the messages and symbols that are inscribed on the gravestones found in our local cemeteries. The variety and composition of the gravestones is also interesting to me as I walk along the rows of names and dates recorded for posterity. Searching archival and genealogical records for more information about an individual helps to form a better narrative of their life, which I will share with you here from time to time.

Jean Graham Macnamara Cunningham (1906-1988) was the daughter of Catherine Harkness and Duncan Macnamara. Duncan died of Tuberculosis at the age of 33 - just 5 months after Jean was born. Catherine brought her baby Jean to live in Arnprior while she went to work as a teacher in Ottawa. Surrounded by a large family, Jean was doted on by her aunt Marian and uncle Charles Macnamara, the distinguished photographer and field naturalist. 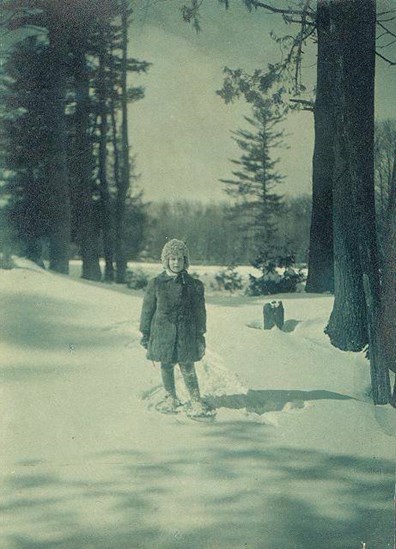 Through Charles’ influence Jean became an avid birdwatcher and outdoor enthusiast. She spent many hours hiking and snowshoeing in the bush around Arnprior and at the family cottage in Marshall’s Bay. Indeed, the motto engraved on her gravestone in the Albert Street Cemetery is “The dweller in the woods is always happy”.  Her uncle Charles had painted this Ojibway expression as “no-pim-ing en-dad ondji ja-wen-imid” on the mantelpiece in his cabin at Marshall’s Bay, where Jean spent much of her childhood. 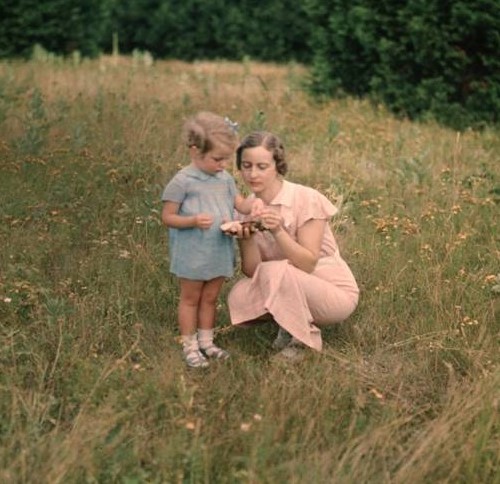 Upon graduation from the Arnprior High School, Jean attended University of Toronto where she earned an honours degree in Household Science and a Masters degree in Developmental Psychology. While there, she married a young law student by the name of Franklin Finch Carlyle Cunningham in 1932. They lived in Toronto where they raised three children; Judith, James and Alison. When her husband died in 1968, Jean moved back to her childhood home at 153 Daniel Street where she renovated the kitchen and dug a large flower garden. She became an active member of the University Women’s Club, the Arnprior Book Club and the Macnamara Field Naturalist’s Club. Jean enjoyed bird watching, travelling, collecting antiques and playing on the baby grand piano that occupied the large front room in the Macnamara house. 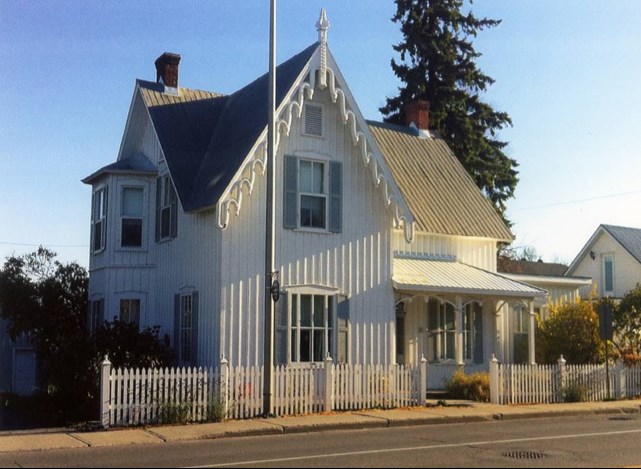 Jean’s obituary, published in the July 20 1988 edition of the Arnprior Chronicle, tells an interesting story. When she was 12 years old, the McLachlin Bros. Lumber Company built a new tug boat which they wanted to name after Richard Macnamara’s wife Richie Hannah. Both Richard and his son Charles Macnamara were employed by the McLachlin Bros. and were good friends with the McLachlin family. When Mrs. Macnamara suggested that they name it after her granddaughter Jean instead, Dan McLachlin agreed; and so it was named The Jean Macnamara. 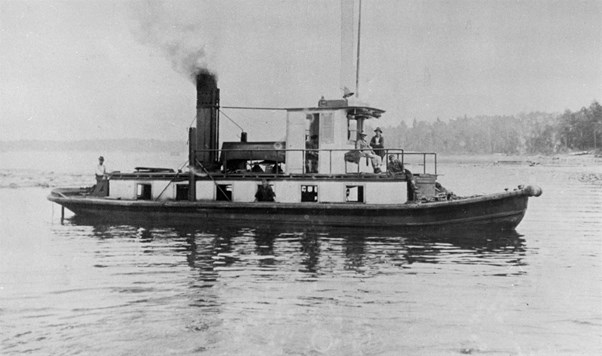 For more information about the Macnamara house, please visit the archives’ landmarks database.